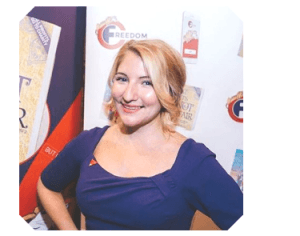 Tell us a bit about your job…

I am Senior Development Manager at London Business School, where I work with London-based alumni to fundraise five- and six-figure donations for the School’s scholarships, research and capital building projects. I also manage two other fundraisers in the team.

By repeatedly being in the right place, at the right time, with the right people – but in a way that could be more consciously replicated by anyone interested in working in this field!

I began fundraising during my BA at St Catharine’s College, working as a telephone campaign caller during the Easter break – I highly recommend this as appealing to employers in more sectors than you might expect, from data management to sales. When I graduated, I had no clear idea of what I wanted to do, but knew I wanted to stay in Cambridge for the time being; my telephone campaign experience landed me a role as Administrative Assistant in the Development Office at Gonville and Caius. A happy combination of a fantastic Director who spotted my enthusiasm for the fundraising side of things and really pushed and mentored me, and maternity leave timings, meant I progressed quickly to an Annual Fund Officer role, taking on bigger targets and fundraising five-figure donations. I also ran the annual telephone campaign, which I absolutely loved.

After two years at Caius, I was ready to move to London, and found a fantastic recruiter who helped me realise that major gifts fundraising – with its focus on building personal relationships and long-term big wins – was what I enjoyed the most. With her help, I made a big career leap to Major Gifts Manager at Prostate Cancer UK, where I ran the Pioneers giving circle, fundraised donations of up to £100,000, and built up an events programme with the charity’s researchers. From there, I spent six months at Centrepoint, working with a committee of supporters to put together a fundraising event at Kensington Palace. This really helped me see that my passion is for personal conversations about philanthropy and relationship-building, not event management, and led me to take on my current role at London Business School. 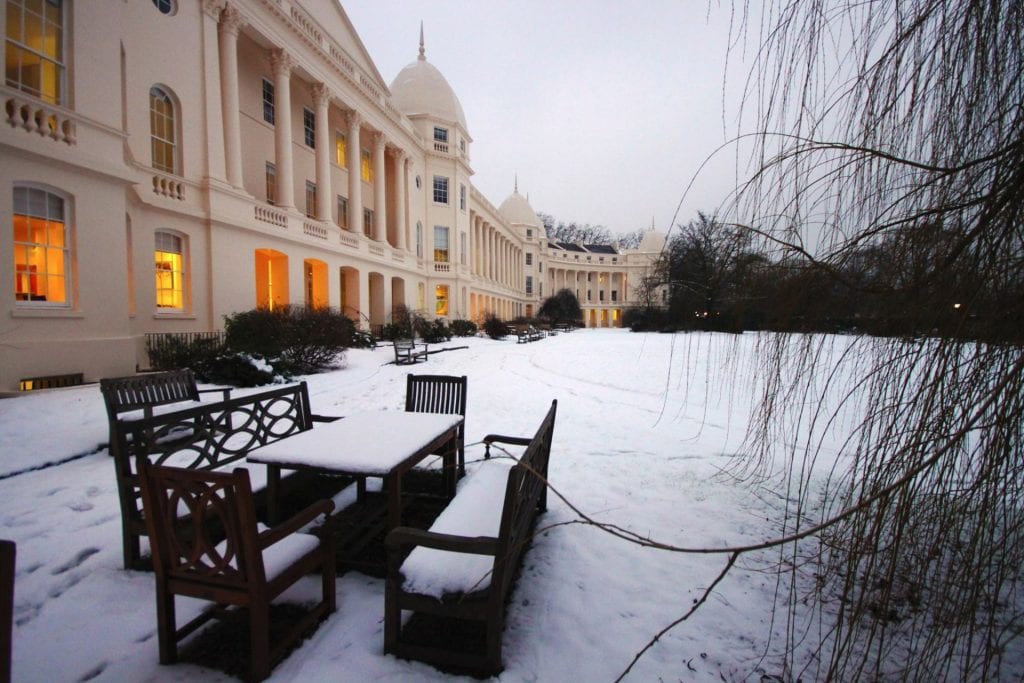 The main campus of London Business School, The Sussex Palace

What do you love most about your work?

I talk to fascinating, successful people to raise money for fantastic causes – what could be better than that? I get so much satisfaction in matching people’s passions and interests to an organisation’s work that urgently need support – whether that’s life-saving research into improving diagnosis at Prostate Cancer UK, or initiatives to retain more women in leadership positions at London Business School. Asking someone for a six-figure gift and getting a “yes” is, I imagine, very similar to the high you would get in sales and pitching roles in the for-profit sector – but with the added bonus of knowing those funds will do a lot of good!

As I keep learning and growing as a fundraiser, I’m also more able to volunteer advice and skills to small, fledgling charities in the areas I’m most passionate about – women and girls’ health and education – to help them build their fundraising strategies, which is a really wonderful side effect.

What’s the best career decision you’ve ever made?

My best career decision was also the hardest and the most nerve-wracking – to leave a role and organisation that wasn’t the right fit for me before my probation period ended. It was also the biggest learning curve: the experience helped me understand what was most important to me for enjoying my work, and what to look for (/be wary of!) in job descriptions and interviews going forwards.

What’s the worst career decision you’ve ever made?

I’ve volunteered with a small charity that supports women’s reproductive rights for several years, and when I was looking for my next move from Prostate Cancer UK, the founder approached me to suggest I apply for the upcoming vacancy of CEO. At 27, I felt this would be too big a leap and that I would struggle with the learning curve of running an entire organisation, so I didn’t apply. In hindsight, it’s probably the only career decision I’ve made out of fear, which I do regret.

Why should students consider taking a similar career path to yours?

If you’re someone who enjoys working out what makes people tick, the buzz of getting results and hitting targets under pressure, and – corny as it may sound – making a positive difference to the world, I honestly think major gifts fundraising is the best work in the world.

For more on getting into the public and charities sectors, listen to our Michaelmas podcast where six Cambridge graduates (including Caroline) discuss their careers in these areas.