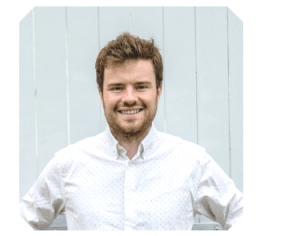 Tell us a little about your current job…

I’m currently working on resettling refugees for the Home Office, on a small Government scheme called community sponsorship. This is a relatively new idea in the UK: groups of volunteers across the country secure funds and housing to sponsor vulnerable refugee families affected by the Syrian conflict to come to the UK and build a new life. I’m looking at ways to grow the scheme and how it fits into the Government’s strategy for refugee resettlement after the end of our current commitment in 2020. I get to speak to international organisations, such as UNHCR, and provide advice to ministers, but also get out the office frequently to meet the volunteers and refugees who benefit from the scheme.

What do you enjoy most about working for the Civil Service?

The main thing for me is that I find my work fundamentally interesting and really varied. In five years I’ve worked in criminal intelligence, counter-fraud, defence, health strategy, Brexit (inevitably), and refugee resettlement. All these roles have given me a chance to influence topics that are in the news, which makes me feel as though I’m having a tangible impact, understandable to the person on the street as well as professionals working in those areas. I’ve continued to be intellectually stretched after leaving Cambridge and also developed numerous other skills in negotiating, influencing and presenting with more responsibility at an early stage than in other careers. I also work alongside really skilled people who are committed to delivering policies and services that improve lives for others.

What values are you committed to that have inspired you to succeed?

Generally, I’ve tried within reason to set aside pay and focus on what I find motivating and interesting in a job. Career wise, working on something where I can identify with the end goal, which is not purely profit for shareholders is really important. Within a role, I try to seek out fast paced, stretching work alongside others who I can learn a lot from – once thing I’ve learned  since university is that those factors can often be more important than the actual subject area.

What has been your most rewarding accomplishment in your career so far?

I loved my secondment outside the Civil Service in a small social enterprise called The Soap Co. I worked in a soap factory, where the people who make the soap are blind or otherwise disabled. I succeeded in getting Allen & Overy, among other businesses, to purchase our soap for their staff bathrooms – which allowed the social enterprise to employ more disadvantaged people. There were only a handful of us working on the commercial side, so the amount of freedom I had to try new things was really motivating and I felt a real ownership of what I was doing. I would really recommend working for a small organisation/start up (private or third sector) for that reason. 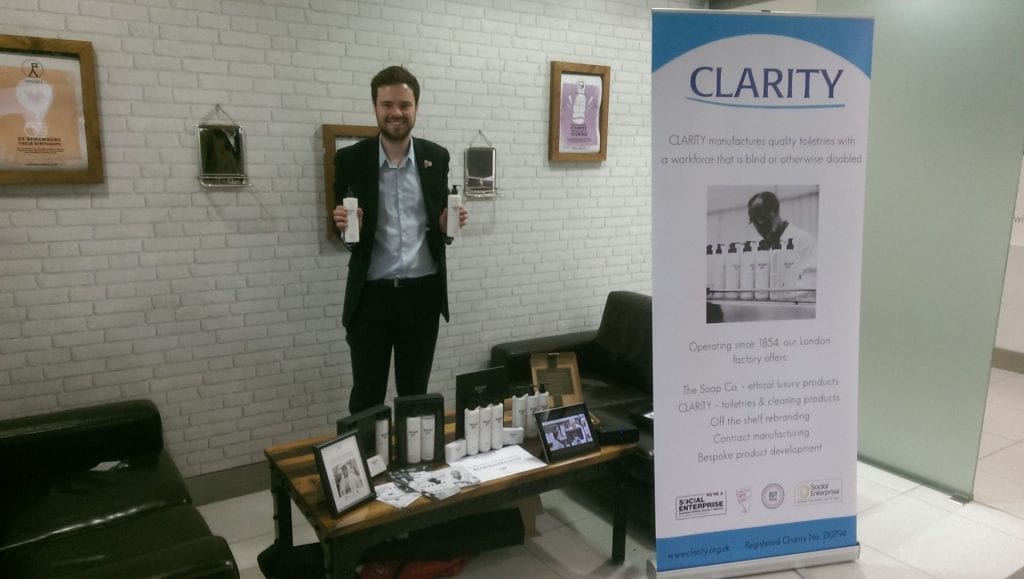 Kenton on his secondment at The Soap Co.

Meeting Charlie Sheen at a The Soap Co. event!

What is the best career advice you’ve ever received?

I remember reading this blog post by Guardian columnist, George Monbiot, when I was first looking for jobs. It’s focused on journalism, but the lessons can apply to all kinds of careers those looking to work outside the City might wish to follow.

More recently I attended a talk by the Permanent Secretary at the Welsh Government and former UK ambassador to Argentina, who confessed she’d never had a completely mapped out career path, but took interesting opportunities when they arose. This is, of course, easy to say in hindsight, and having a general sense of purpose is reassuring – not least to avoid accidentally falling into a career you aren’t passionate about. However, I think it’s good at 21 not to be too worried if you haven’t planned your career to 25, never mind 30 – no one can really know until they’ve tested a few roles!

I wish I’d realised earlier that there were other ways into the Civil Service than just the Fast Stream. I started my Civil Service career in the National Crime Agency after seeing a job advert on Cambridge Careers Service, a while after being rejected by the Fast Stream. I did end up successfully reapplying a couple of years later, but know many colleagues who have progressed just as fast charting their own career path from a relatively junior starting point. If you do wish to pursue a career in the Civil Service, look for EO positions on Civil Service Jobs – once you’re in there are plenty of opportunities to move across policy areas and departments.

For expert advice on starting a career in the Civil Service, head to our public sector webpage.