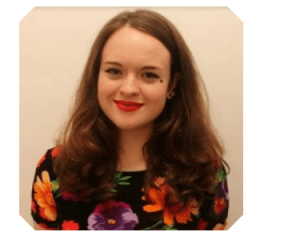 Firstly, please tell us a little about yourself – where did you grow up, what did you study at Cambridge, which college were you at?

Hello! I grew up mostly in Brighton, with a few years in Hertfordshire. We moved around a fair bit with my Dad’s work, which is as a Headteacher at schools for children with special educational needs. I’ve been to lots of schools! I was very lucky to study the International Baccalaureate at my local Sixth Form College, Varndean College in Brighton. The ambitious programme was run by an extraordinarily gifted teacher and fantastic person, Sean McEvoy, who now teaches at Murray Edwards! Sean gave me the confidence to apply to Cambridge. I read English at Trinity and basically found my voice whilst studying.

How did you get into theatre? Did you take part in student theatre while at Cambridge?

Yes! I did a bit of acting in first year as I’d loved performing as a child/teenager. But I was hankering after something else and decided to try to become a professional director at a really clear moment towards the end of my second year. I then realised that the impulse to direct had been there for a long time – I think I was (that I am) quite controlling, probably as a reaction to changes growing up. But, character analysis aside (!)  – I love directing because you have the chance to encourage others to fulfil their potential. It’s also such a holistic activity to do as a human being, from text work, to stagecraft, to relationship building, to amalgamating all the sensual and sinewy elements which make a play. It’s exhausting, but I love it so much!

I directed my first play, Blood Wedding, at the end of my first year in the Sidney Sussex Arts Festival. I adapted the script from Lorca’s Spanish original and wrote music for it. It was a huge learning curve! I’ve always been bad at delegation (literally one of the key skills of a director) but this is something I improved at as I went on to direct two further shows at the Corpus Playroom – a bit of Berkoff and a splash of Roald Dahl – and to write some of my own material for the Downing Festival of New Writing. I then took a piece of my own writing to the Edinburgh Fringe in 2017.

The Cambridge Theatre scene was an incredible playground of opportunity and experimentation for me; and is for so many people. I met so many incredibly talented and passionate people. It’s an absolutely invaluable resource and totally enriched and defined my University experience.

I read English at Trinity and basically found my voice whilst studying.

Tell us about your recent work/projects. What have been some of your career highlights to date? (King’s Head; Barbican; The Bach Choir; Young Film Academy).

I applied for the King’s Head Theatre’s Trainee Resident Director scheme before I sat my finals in third year and went through the application and acceptance process before I graduated. I was so lucky to get a place on the very competitive scheme. It is so hard to find opportunities in the theatre world if you are not from a theatre background and if you don’t live in London. I was confident and passionate enough to go for the opportunity – and also had no other option available, as I couldn’t have afforded a Masters programme in Directing. It’s mad how much career trajectories in the creative industries are catalysed by luck and privilege – I am hugely aware of both of these things and how I’ve had a considerable dose of both! So I want to try and level the land in my own career. But – one step at a time! (I have to make a living first).

During my time at the King’s Head Theatre, I assistant directed and assistant produced everything from new writing to revival to adaptation to opera, working with a huge variety of companies. It taught me different working practises and made me aware of the flaws within the industry, as well as why theatre is a beautiful and important art form. I am now a Junior Associate and will direct my showcase later in 2019.

Alongside training at the King’s Head, I was selected to be on the Barbican’s first Creative Youth Panel, a forum for discussion and creative expression. We curated our own response to the seminal Basquiat exhibition and met regularly to discuss the positive and negatives of experiencing and seeking a career in the arts as a young person. It was galvanising and inspiring! I went on to do some further work at the Barbican with a huge project, Tuning Into Change, with the LA Philharmonic Orchestra and regional creative groups across the UK. We collaboratively wrote a manifesto for change in the arts – you can read it online! This led to me co-producing an area of OpenFest at the Barbican in February with other young people.

I have lots more to say about how to survive economically in the creative industries and would encourage anyone to email me if they want advice!

I joined The Bach Choir as a singer when I first moved to London. At my first rehearsal, there was a meeting afterwards about how to make our concerts more multi-disciplinary and dramatic. I found myself volunteering to lead a group of twenty or so people in the Choir to lead on our first project! I directed David Bamber in a dramatic performance of a Russian cantata at the Royal Festival Hall. It was a very rewarding project. The Creative Focus group have gone on to do more great things with some amazing people, including Christina Lamb OBE and Alex Jennings. Everyone in the Choir has been so supportive of everything I’m doing and I’m so grateful for that!

I got my first professional gig through a connection in the Choir, directing Hadley Fraser in another musical/theatrical production with the Epiphoni Consort. This was a really consolidating and affirming experience and a very special note on which to end 2018. I’ve been doing a whole host of freelance things alongside all this, including English Tutoring, working with the Young Film Academy making music videos for kids’ parties, a couple of front of house theatre and comedy jobs and some hospitality work. I have lots more to say about how to survive economically in the creative industries and would encourage anyone to email me if they want advice! 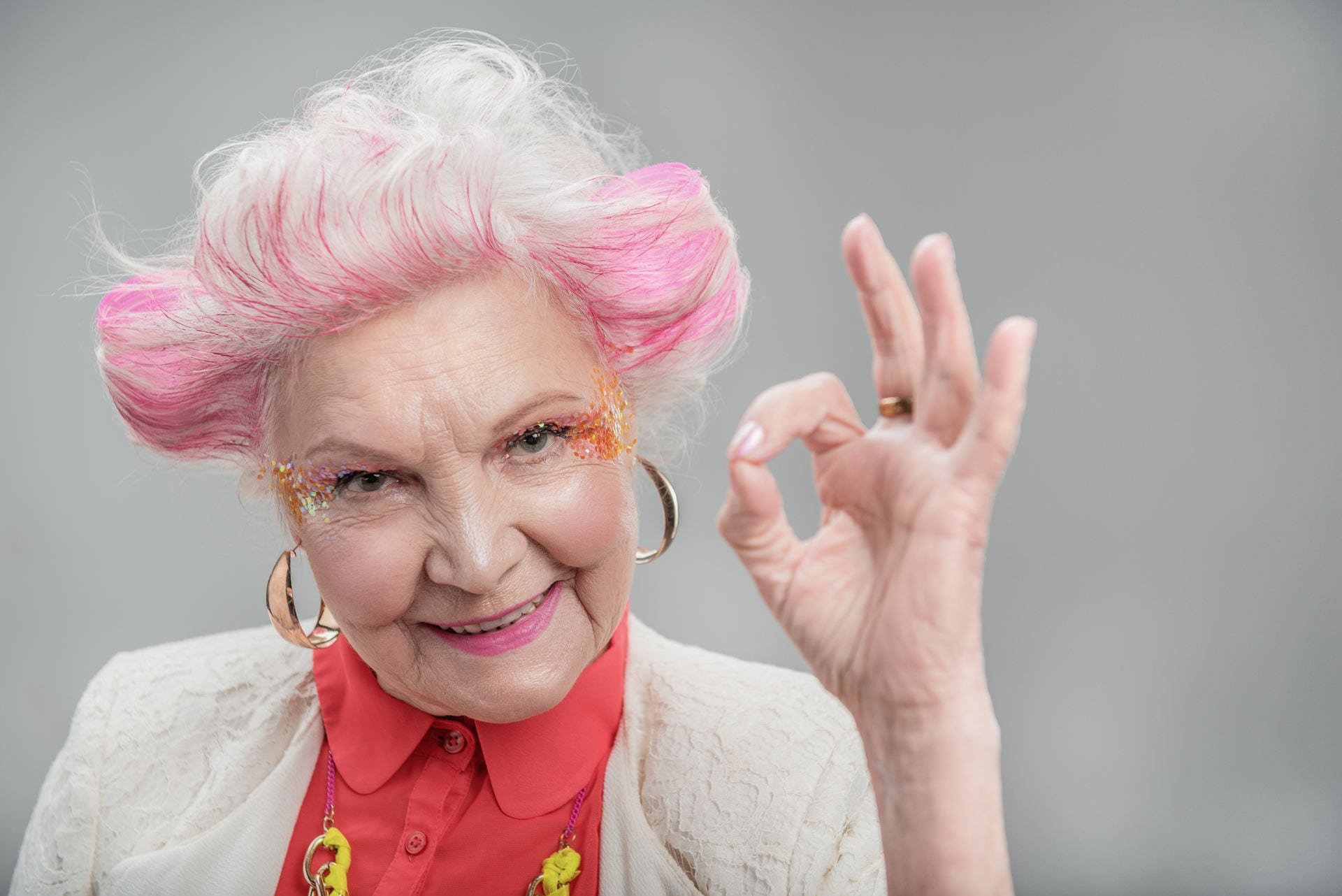 Tell us about Bad Aunts – how did it come about, and what’s its message?

As a young female director in my twenties, I have enjoyed working with artists of ages ranging from 14-76. But my experiences as an Assistant Director have often involved very hierarchical rehearsal rooms, in which the work has been restricted by pervasively negative dynamics between older and younger artists, and powerful men disempowering women. My frustration at the lack of authentic, celebratory inter-generational collaboration is the driving force behind Bad Aunts.

Bad Aunts is a piece of new writing starring older women. Maz, Jo and Dee are three friends, dealing with varied challenges in a society that doesn’t like to admit they exist. Bad Aunts engages with the underrepresentation and often reductive depiction of older women in mainstream entertainment. Bad Aunts is heading to Brighton and Edinburgh Fringe in 2019, with a couple of regional stops in between. But we’re not just a theatre show, oh no no! Over the coming months, we are speaking to community groups of women about their experiences; how accurately and helpfully the entertainment industry portrays aging; and how well contemporary society is equipped to deal with a rapidly growing older demographic. These chats can be accessed as podcasts on spotify and soundcloud under Bad Aunts: Chats Over Tea.

The project’s creative team are inter-generational as a manifestation of what we think would create a more kind, tolerant and unified society. We hope the show will attract audiences who enjoy TV chat shows, live comedy audiences and traditional theatre-goers. We’re trying to use comedy to foster communities in our audiences, celebrate the eclectic make up of the UK and combat age prejudice!

And Untoward Productions? (love the title!) – tell us about this. How long has it been going (this is your first production?) and what are your hopes for the company?

I’m working on Bad Aunts with my best friend and housemate Elinor Lipman, who was also very active in the theatre scene in Cambridge – President of the Fletcher Players, no less. She has a proper job at which she is incredible; but we’re working on this collaboratively and wrote the script together.

At the end of last year I had the idea and felt like it was a good time to start a company, too! I made a list of words I really liked and Untoward felt right, very theatrical…Elinor and I are both Company Directors and we registered the company this year.

Bad Aunts is our first project because it exemplifies the company’s ethos: taking known elements of popular culture and turning them on their head. Making them more challenging, experimental, diverse, radical and inclusive. I am also really committed to working in a way which listens to and responds to people who don’t work in theatre. Because we’re all creative; and it’s mad to me that not everyone has the time or the confidence to cultivate a creative outlet. We’re currently fundraising for the production. 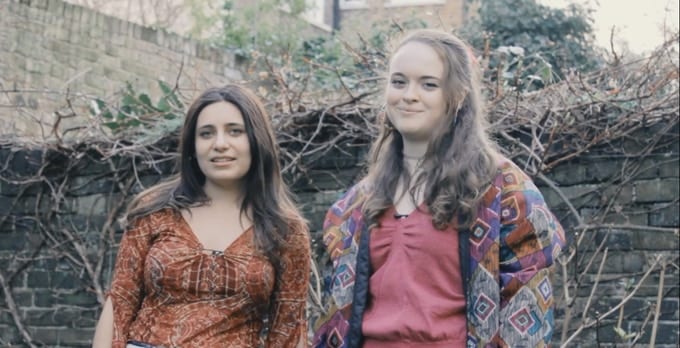 Similarly, what are your own career aspirations? Do you have any specific goals currently? – and if you could do anything in the theatre sector, what would the dream be?!

Oooh, this is a killer question…I am putting all my time and energy into Bad Aunts because I believe it has something new to say and that we’re working in quite a revolutionary way. I hope that it will tour after Edinburgh and think it could have a life on screen, too, on terrestrial TV in people’s homes.

I am so, so fortunate to be pursuing what I love and I don’t want to waste a second of these next few months. If I’m able to make a sustainable living from this project, I hope to keep making socially engaged work for the foreseeable future! I feel perpetually ignorant so want to always be learning from different creative partners and being continually challenged.

I hope Untoward Productions will one day be successful enough that we can fund other people’s innovation and create more opportunities in the creative industries.

immerse yourself in every last drop of culture you can absorb, every day

If you’d like to contact Eloïse for advice on getting into the creative industries, email us on socialmedia@careers.cam.ac.uk and we’ll put you in touch.

One thought on “Immersing oneself in theatre”