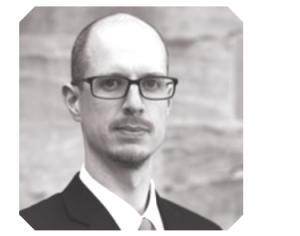 What type of work does Oxford Analytica do?

We’re an independent geopolitical analysis and consulting firm — a sort of private-sector think tank dealing with international relations, politics and macroeconomic matters worldwide. The concept of the firm is to bridge academia and policymaking, making the insights of academic experts accessible to leaders in government and business to help them make better-informed decisions.

Our flagship service is the Oxford Analytica Daily Brief, a daily analysis service delivered by email and a paywalled website. Our subscribers include G20 governments and international institutions, and many of the world’s biggest multinational businesses in resources, manufacturing and finance.

Oxford Analytica is based near Christ Church College, Oxford University

What is your job?

My main responsibility is to produce analysis of East Asia. That involves researching and writing my own articles as well as commissioning external experts and working with them to put their research into a form our clients need. From time to time I do ‘client-facing’ work such as in-person briefings and presentations, and chairing conference panel discussions. I’ve also over the years taken on some management-type tasks too, such as supervising junior colleagues and helping to develop new products and services.

Every employer these days seems to say they have a ‘fast-paced, high-pressure environment’ (as if they assume this makes them attractive) but this can mean different things in different contexts.

My job is fast-paced in that we have strict daily deadlines and we have to respond to fast-moving world events. It’s high-pressure in that we do have to get our heads down and make sure we hit the deadline. But the working day is clearly structured and the workload fairly predictable, so you don’t have ‘big deadlines’ that loom over you for weeks and then late nights as the deadline approaches.

When I started this job the prospect of daily deadlines was a bit scary, but I got used to it very quickly and most people do.

The best things about this job are the colleagues (yes, it’s a cliché but true) and the varied and intellectually stimulating content. I get to work on the sort of stuff I read about in my spare time anyway, and I’m surrounded by people I connect with as fellow politics nerds. 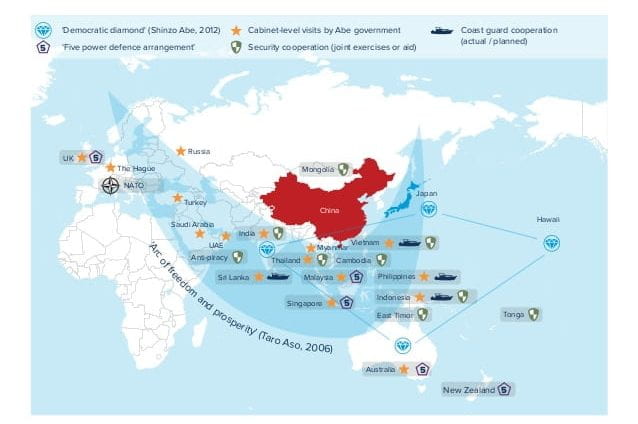 How did you start on this career path?

I think the idea of a path isn’t necessarily helpful. When I was starting out I never had a sense of vocation or a vision of an ideal job. I just followed opportunities as they came up and gave things a go if they looked promising. I think that’s the reality for many people, so don’t panic if you don’t have a masterplan.

I did a bachelor’s degree in Japanese Studies at Sheffield, with a year abroad in Kyoto. I then worked in Japan for two years on the Japanese government’s JET Programme, which places foreign graduates in schools and local authorities to teach English and run international exchange activities.

My plan at that point was to become a professional translator and perhaps settle in Japan. I managed, through a friend, to get casual, freelance work as a translator, which I did alongside my main job.

But I also began learning Mandarin at evening classes, because along the way I’d acquired a Chinese boyfriend and developed an interest in China. That led me to apply for a Master’s programme at Cambridge in Chinese Studies with Economics — the Chinese because I loved it, the economics as a concession to having to get another job at the end of it. To my surprise, I turned out to find economics fascinating. 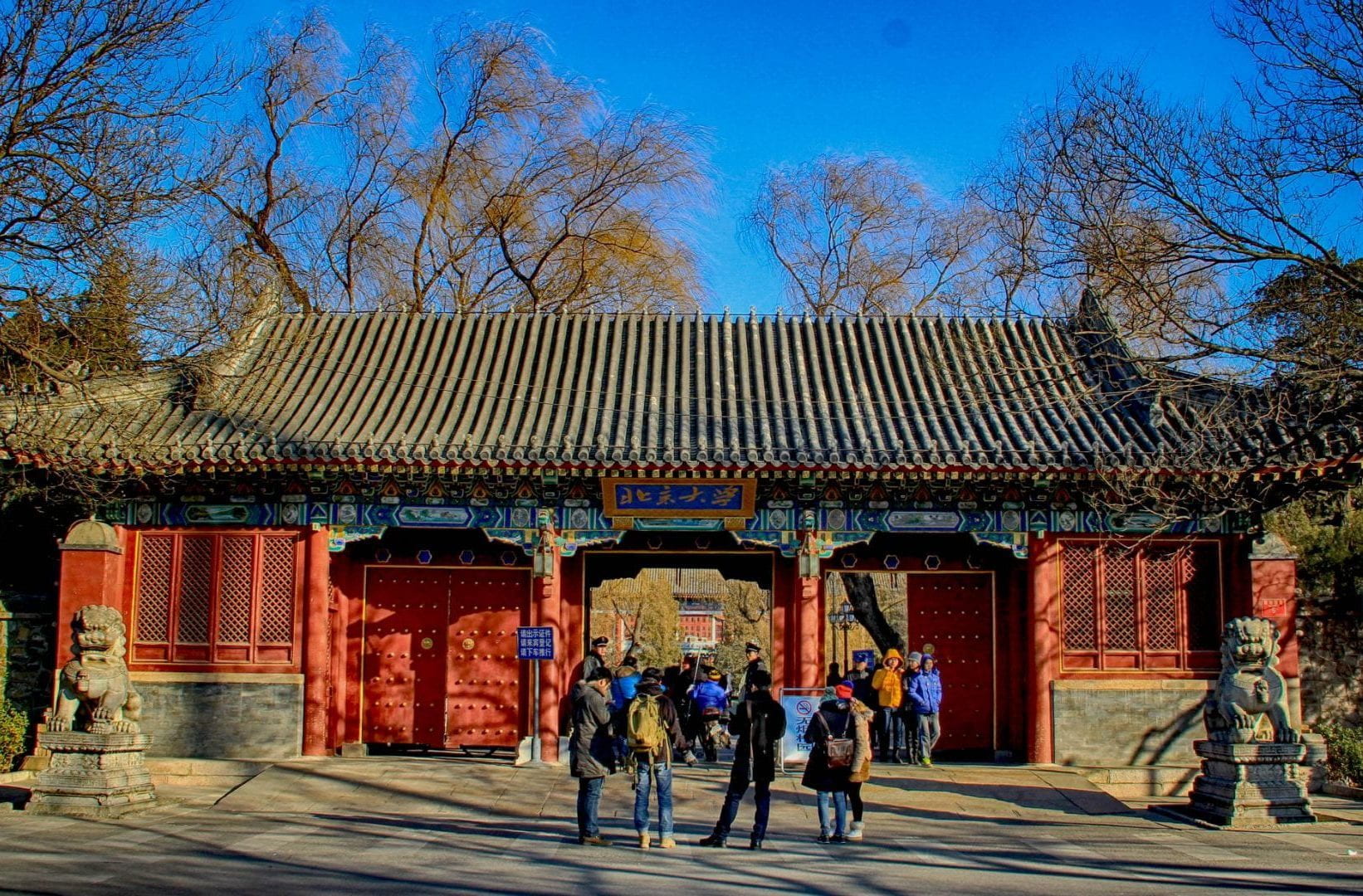 Peking University, where Benjamin studied as part of his MPhil at Cambridge

But as graduation approached I didn’t know what to do next. The Foreign Office was my default choice, but my graduation coincided with the Global Financial Crisis and the Civil Service had a recruitment freeze.

I successfully applied for a job I saw advertised on the Careers Service website for the National Audit Office, thinking it might eventually be a way into the Civil Service and that it would give me some useful experience working with numbers.

But after thinking every day about world affairs during my Master’s degree, I found it hard to get excited about whether Government Department X had a receipt for last month’s order of paperclips. Auditing wasn’t for me.

In my free time I started writing occasionally for a think tank that a Cambridge classmate put me in touch with. I also began freelance proofreading and copy-editing for Asian Studies scholars who were non-native speakers of English — something I started doing for a friend, who then spread the word. I did a distance-learning course with the Society for Editors and Proofreaders (SfEP), thinking I’d try my hand as a full-time editor.

It was at that point that I stumbled upon the advert for my current job on the Careers Service website. It looked like it might give me work experience relevant to publishing, so I figured I could do it for maybe a year as a stepping stone.

I got the job, I loved it, and I’ve never looked back.

If there’s any moral to this long and meandering story, it might be that meandering for a while is okay. You never know how experiences might come in useful later. Everything I’ve done previously contributes to my daily work today — my two degrees, my experience living in Japan, my experience working in government, and my work as a translator and editor.

Political analysis and think-tanking is a tiny industry, but it shades into various other sectors, including consultancy, publishing, journalism and academia. So keep an open mind and don’t fixate on something so much that it blinds you to alternatives that might be as good or even better.

It helps to be economically and financially literate in this industry. You don’t need to be an economist, but even if your main focus is politics or IR you still need to know the difference between ‘fiscal’, ‘financial’ and ‘monetary’.

I strongly recommend learning to write well. Most people just assume they can write, but many write badly. Read The Elements of Style (Strunk and White), Writing Well (William Zinsser) and Writing Tools (Roy Peter Clark).

Then get your stuff published somewhere (by somebody else, not your own blog). It shows you’re keen and gives you much more credibility.

Do you have any general tips for people starting out in their careers?

Make the most of the Careers Service — they’re amazing!

Don’t panic if you don’t know what you want to do. You might not know until you find it. For a lot of people, finding work they like is a process of experimenting and keeping an open mind.

Don’t be intimidated. It’s customary for employers to talk up how high-powered they are and for job adverts to list every virtue they could possibly want in a candidate. In reality, most jobs are done by perfectly normal human beings like you.

If you have an idea of something you’d like to do, do some networking to find out what it’s really like — and let people know you exist and are available should they happen to want to hire someone like you. You can schmooze and leave a trail of business cards if you like, but you could also find relevant people on LinkedIn, the Careers Service or company websites, and ask them for a quick coffee and a chat. Many will be too busy to respond, but some will.

Find out more about what work in this sector involves on the Politics Related, Think Tanks, Political Risk and Public Affairs Careers Service webpages.